Guam’s Beaches Can’t Be Beat: Here Are Five Reasons Why 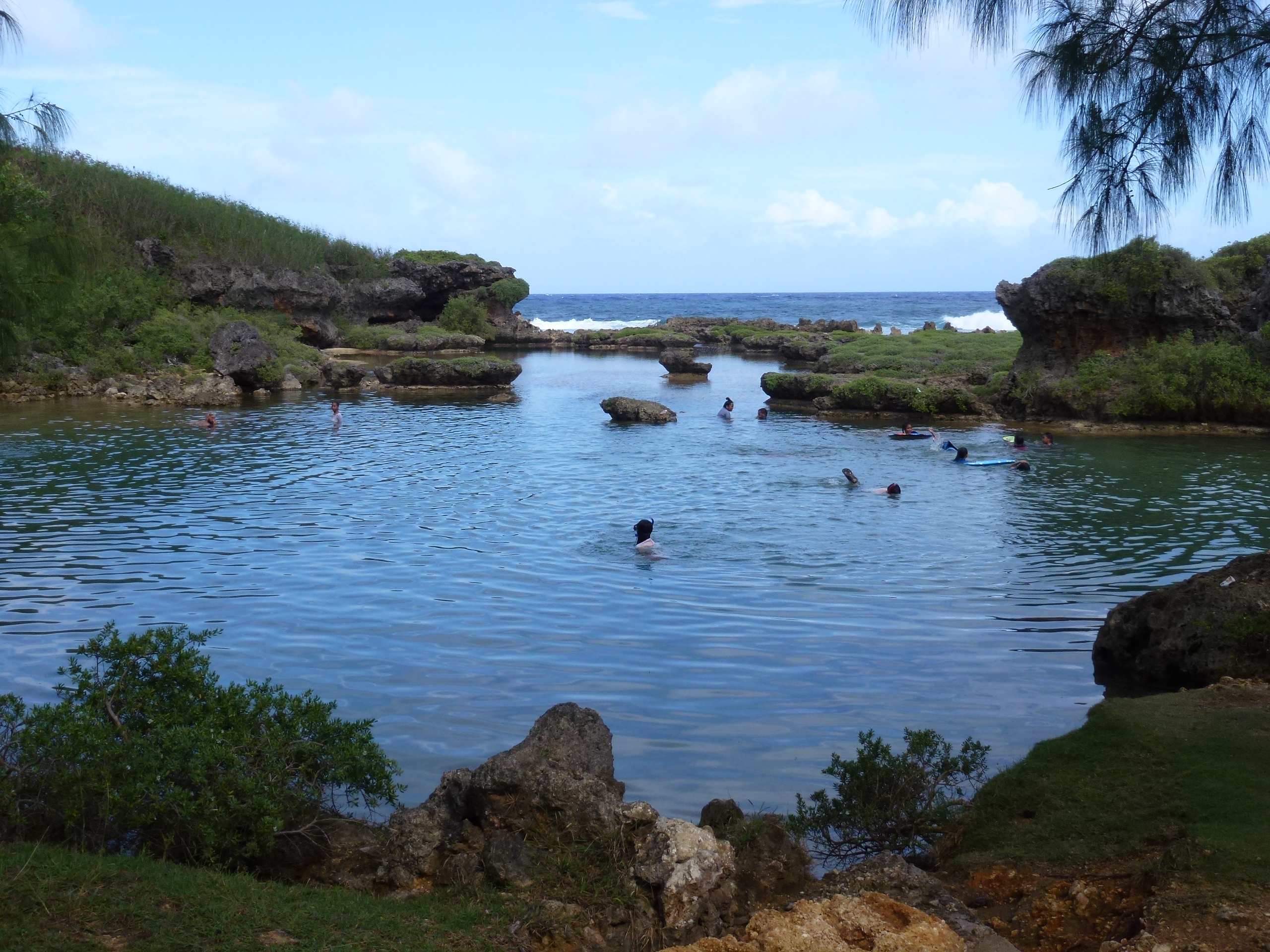 Guam isn’t just any tropical island paradise. Yes, you’ll find miles of endless white sand along the coast, bright and boozy beverages served up at the beachside bars and restaurants, and of course there are the mind-blowing

Here are five things you didn’t know you loved about Guam’s beaches.

If it’s something familiar you’re looking for, Tumon has all the comforts of your favorite beach: a soft sandy seashore; a big, blue beautiful horizon; and the watchful eyes of lifeguards keeping swimmers safe within the reef.

Beyond the central tourist district, the coastline is decorated with a variety of geological marvels, dramatic cliffs, and picturesque vistas — each spot showing off a different personality. A few miles north, Tanguisson beach’s towering rock formations make for photo opportunities like no other. In the South, Inarajan’s salt water pools are the result of more stunning rock formations. Ipan beach is popular amongst wind and kite surfers, while the Ironwood trees and other foliage provide shelter to hundreds of indigenous blue-spotted butterflies. Talofofo Bay is home to a striking stretch of black sand beach, and it’s also one of the best places to catch a wave.

The ocean water off the coast of Tumon is often so clear that you can look down from a paddleboard and see the sandy bottom and coral reef below. Most people will be able to spot the colorful rainbow parrotfish, blue starfish, the ubiquitous balate’ or sea cucumber and one of hundreds of species of fish.

Guam is also home to sharks, turtles and majestic manta rays that can be spotted feeding just beyond Gun Beach at the edges of the Tumon Bay Marine Preserve. A close relative of the manta ray, the whale shark, has also been spotted by marine life enthusiasts off the southern coast of Guam.

There is nothing better than the smell of meat cooking on a grill — unless you’re on a beach getting ready to chow down. The people of Guam are internationally known for their hospitality and their culinary talents, and nothing beats Chamorro barbeque.

On the weekends, the sweet, savory smell of cooking meat floats with the salty ocean breeze along Guam’s coastline. Whether you’re at Matapang Beach in Tumon, or enjoying the relaxed village vibes in Agat, that delicious smell will be there. If you’re lucky, a local chef will take pity on your grumbling belly and invite you over for lunch. 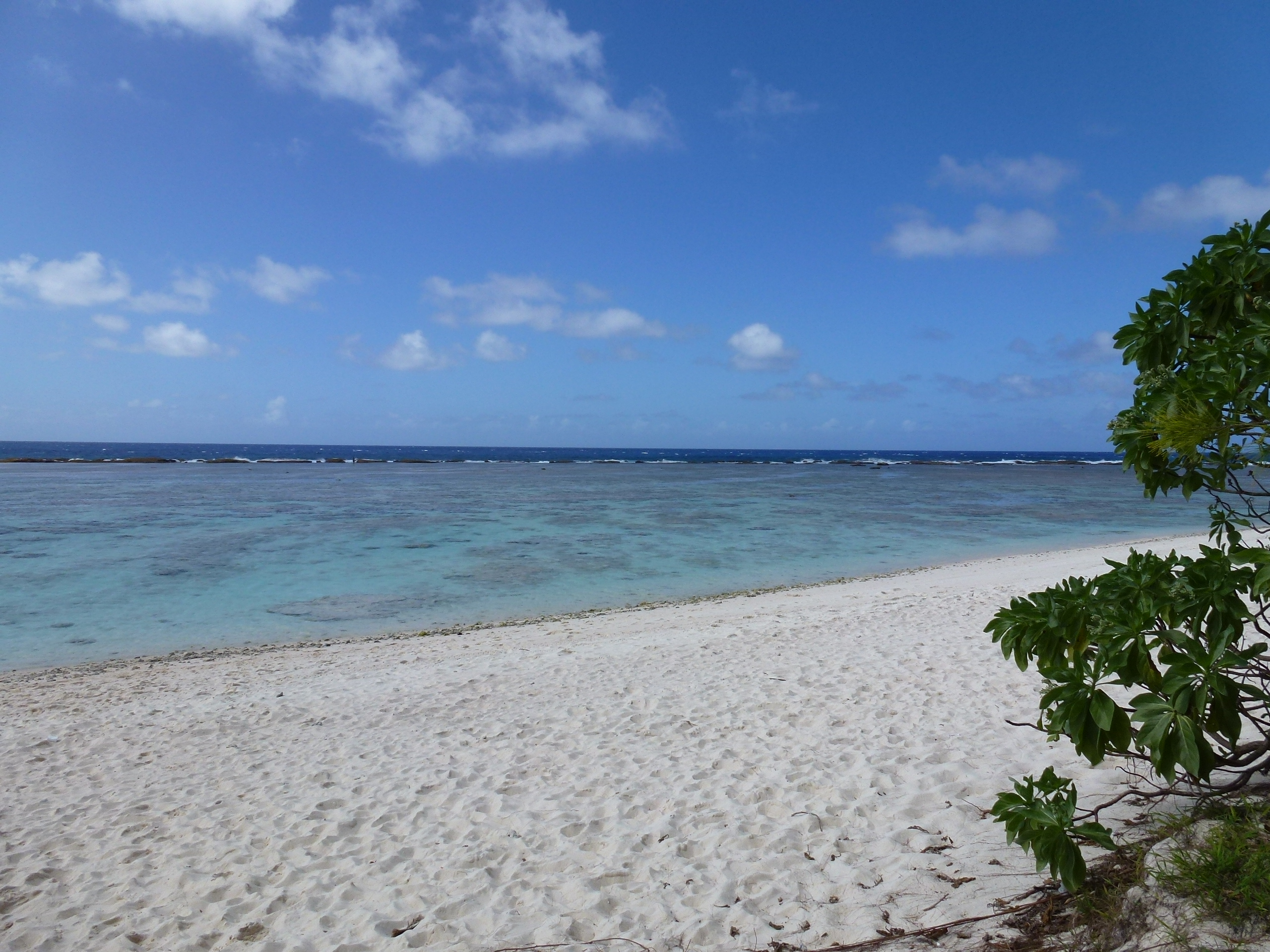 Some of the island’s sweetest spots to park your beach mat are off the beaten path. Ritidian Beach is easily accessible, if you don’t consider potholes an obstacle. #ChallengeAccepted!

There are other spots, like Shark’s Cove that require good shoes, a bottle of water and a bit more gumption to get to.

Archaeologists believe the Marianas island chain is probably one of the earliest settlements by humans, according to Guampedia. For thousands of years, people made their homes mostly along the coastal areas of Guam. Along Tumon beach, archaeological excavations led to discoveries of pottery and other signs of human life.

At Ritidian Beach, evidence of ancient settlements are still visible. Scientists and historians discovered sites of latte stones, or massive pillars of stone that held up thatched roofs of homes. Scientists also discovered a cave full of artwork thousands of years old, left by painters illustrating constellations in the sky.

There are plenty of reasons to explore what each beach has to offer. At the end of the day, there is still one thing that brings us all together: those sunsets.