Your Guide to the Guam Museum Permanent Exhibit 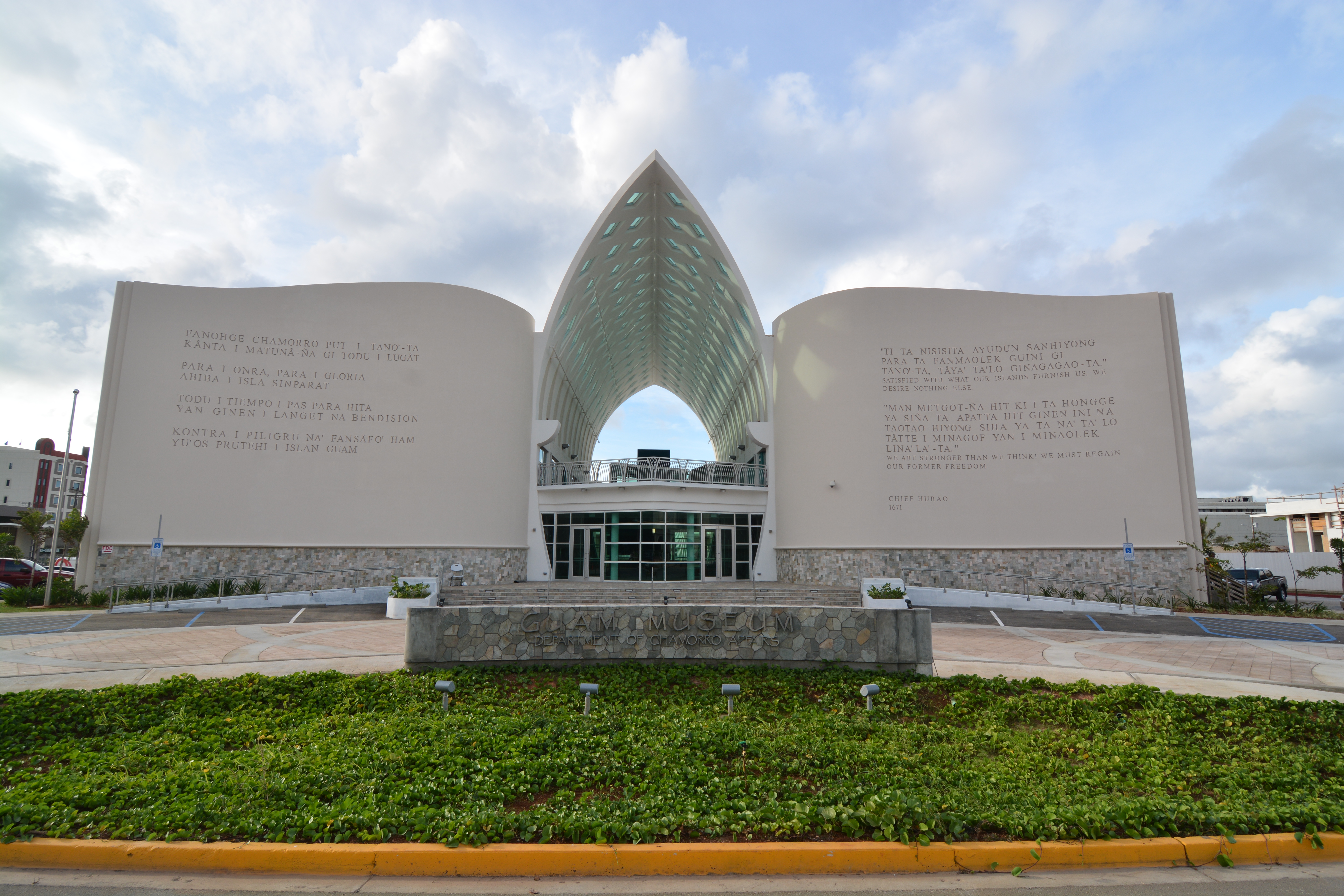 I Hinanao-ta, Nu I Manaotao Tano - I CHamoru Siha: “The Journey of the CHamoru People”

The Guam Museum is open daily from 10am to 4pm.  For more information, visit guammuseum.org.

Take a walk through Guam history by visiting the brand new permanent exhibit at the Senator Antonio M. Palomo Guam Museum and Chamorro Educational Facility in Hagåtña. This 6,200 square foot (576m²) gallery, located on the second floor of the Guam Museum, is the first of its kind on the island, featuring interactive, state-of-the-art technology and the most complete display of Guam’s history and culture in the Chamorro language to date.

The exhibit is designed to educate and entertain audiences of varying ages, backgrounds, and languages. Over 300 curated artifacts, thousands of images, multiple audios, and short films have been carefully pieced together in seven different galleries to guide visitors through the historical, Chamorro narrative of Guam. Descriptive panels are written in English and Chamorro and are accompanied by QR codes that translate the text into Japanese, Mandarin Chinese, and Korean.

In Galleries 1, 2 and 3, the journey through time begins in the Queuing Room. Beyond the floor-to-ceiling mural of “Fo’na Creating the People of Guam”, is a gallery filled with local artwork, in various mediums, depicting notable eras from Guam’s history, culture, and society. A video of Governor Eddie Calvo greets visitors as they make their way through the artwork toward the Orientation Theater. The short film shown in the mini theater transports you instantly into ancient Chamorro past, beginning with an animated creation story of Guam, and then transitions to live action, to show how the seafaring Chamorros came to settle on the island. 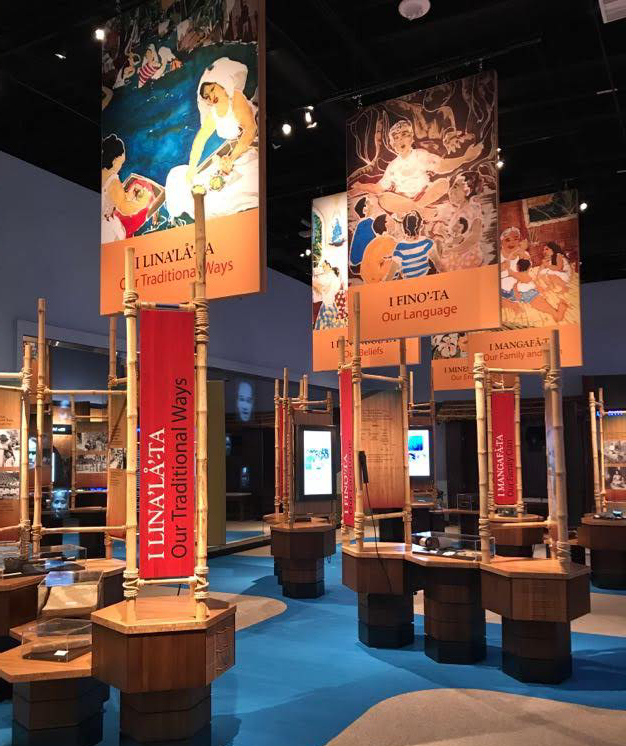 THE HISTORY OF THE GUAM MUSEUM

The idea of creating a museum for Guam started many years ago. In 1926 the Guam Teachers Association, led by Dr. Ramon Sablan, a physician and teacher best known as the author of the “Guam Hymn,” asked residents and friends of Guam to start collecting their antiques and other artifacts for a museum that would protect their history and Chamorro culture. The editor of the Guam Recorder, one of the earliest publications printed and circulated on Guam, also called for the opening of a museum.

From 1924 to 1926, the Honolulu-based Bishop Museum employed amateur archeologist Hans Hornbostel to collect specimens from Guam and the northern Mariana Islands. Hornbostel shipped many artifacts—some over 3,000 years old—including pottery, fishhooks, latte stones (stone pillars) and even human skeletal remains to Hawaii. A Guam museum was seen as a way to ensure that these items could be returned and that the documents and objects important to the history and pre-history of the Chamorro people could be protected for future generations.

Established in 1932 when Governor Edmund Root authorized the use of a small building at the Paza de Espana in Hagatna, the Guam Museum was operated by the Guam-based American Legion Mid-Pacific Post 1, which opened the doors of the museum the following year. Hiram Elliott served as the first director and Joaquin T. Aguon as the first curator. Elliott appealed to the public to see “the most interesting and curious artifacts of the ancient Chamorro civilization.” Around this time the Bishop Museum returned a portion of the skeletal remains and artifacts originally collected by Hornbostel. The Legion operated the museum for three years, offering tours for transient visitors to Guam until 1936 when the museum was formally turned over to the naval government. The Navy then recruited Margaret Higgins, a naval officer’s wife, as the museum’s curator. From 1937 to 1941, Agueda Iglesias Johnston was the museum committee member in charge of the ancient Chamorro collections. From these simple beginnings the museum underwent several transformations.

The onset of World War II and the occupation of Guam by Japanese Imperial forces saw many of the artifacts removed from the museum and taken to Japan. The building itself was destroyed from heavy bombing during the American liberation of Guam in 1944. The postwar reconstruction of the island saw the recovery of some items from the museum’s collections, but no immediate plans to rebuild the museum itself.     READ MORE