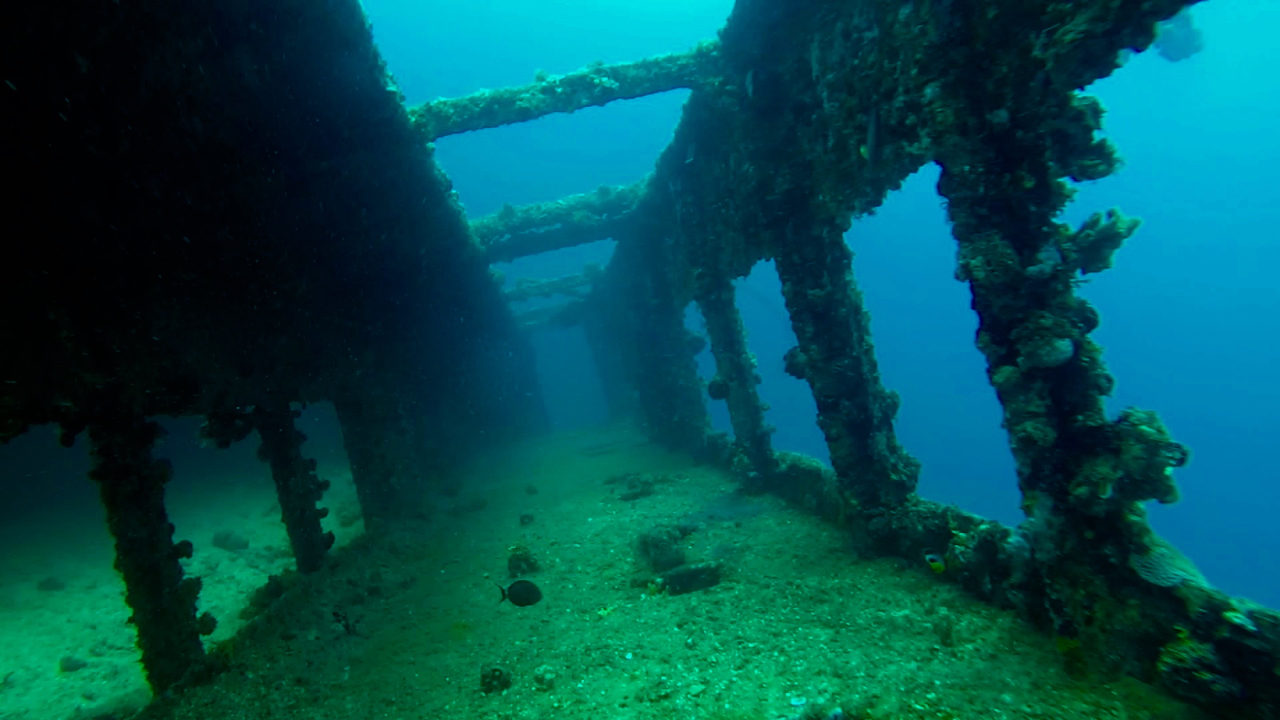 The island of Guam is a gateway between worlds. For millennia people traveling across the Pacific have utilized it as a stopping point, creating exciting moments of history. In the past century, Guam’s location as led to it playing a role in two different wars, something that has created a unique historical phenomena, especially for scuba divers. The location is Apra Harbor, which is the main port of the island, located in the village of Piti.

It is a little known fact of history, but Apra Harbor is the site where the United States fired its first shots during World War I. The SMS Cormoran II, a German cruiser was ported in Apra Harbor on April 7, 1917 when the United States declared war on Germany. It had initially sought refuge there from the Japanese, because of United States was still a neutral country. US soldiers and Chamorros were ordered to seize the vessel, but the captain chose to scuttle it instead. At least seven German sailors died as the ship sank. They were buried with military honors in the US Naval Cemetery. You can still visit a memorial erected in their honor in Hagatna today. 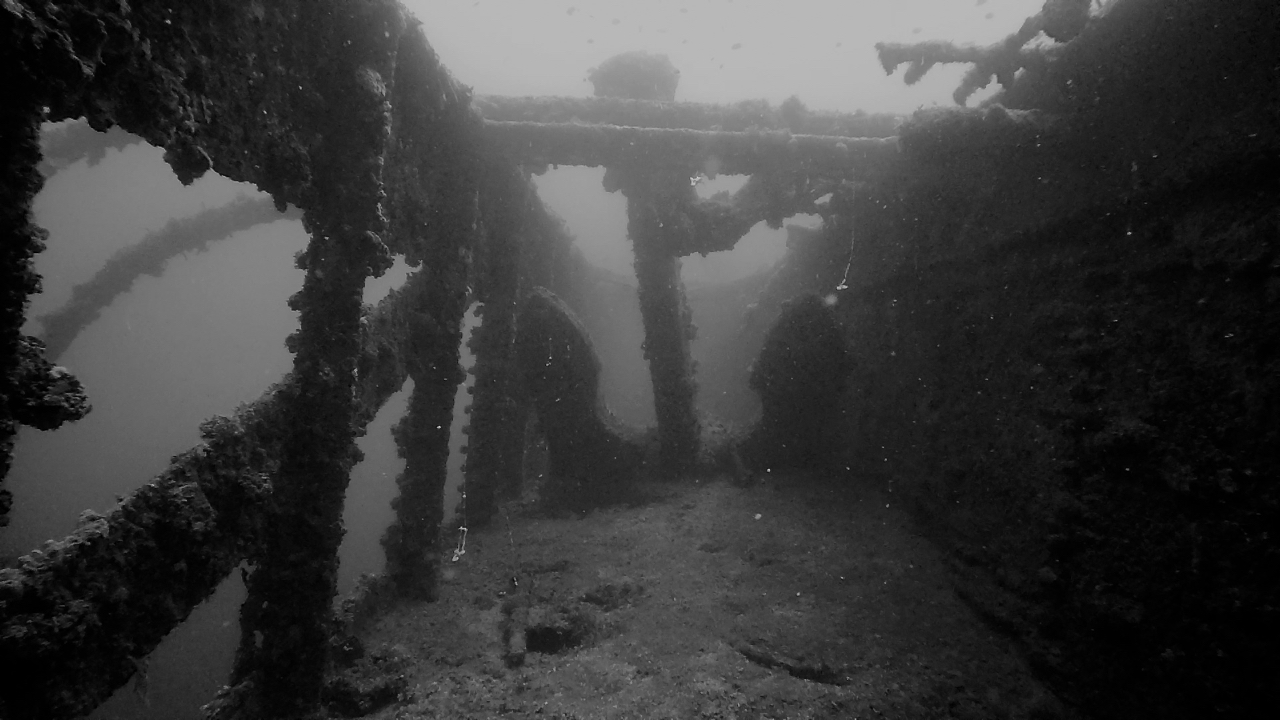 Thirty six years later another ship from another war would join the Cormoran in its water Apra Harbor grave. The Tokai Maru was a Japanese passenger-cargo ship before World War II, but after the outbreak of World War II it became a transport for the Japanese Imperial Navy. In early 1943 the US submarine Flying Fish hit it with a torpedo outside of the Apra Harbor, but failed to sink it. On August 27, 1943 another US submarine, the Snapper was able to sink it.

The way the Tokai Maru sank, its stern is touching the stern SMS Cormoran, and the best way to reach the light German ship, whose hatches can still be opened by divers, is to follow the midsection hull of the Japanese vessel until you reach the depth of the Cormoran. The shallowest part of the Tokai Maru can be reached at 40 feet, the upper forward bridge, and its maximum depth is 120 feet. 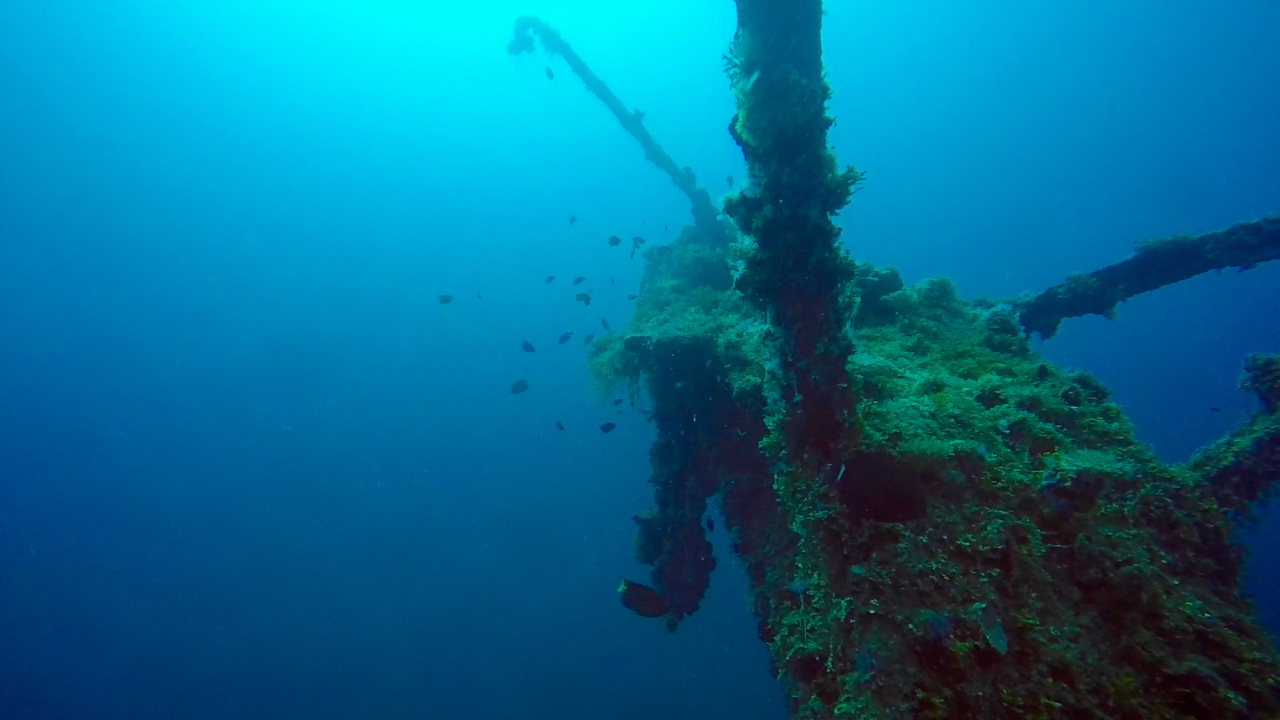 There are many dive shops on Guam who can teach and educate anyone who wants to see these spectacular underwater ruins. The SMS Cormoran and Tokai Maru are wrecks best suited for experienced divers, but the American Tanker, which is also located in Apra Harbor, is a popular dive for beginners. The Tanker is a 300-foot long concrete barge that was sunk atop a shallow reef in order to form a breakwater. For all of these sites, while the historical dimensions are important, the way the life and energy of the sea has claimed them and filled them with fish and corals is what can create a truly memorable dive experience.

Only in Guam, will you get the chance to enjoy this unique historical occurrence, which is listed in the National Register of Historical Places. The twin wrecks of the Cormoran and Tokai Maru provide you the chance to visit two wrecks from two wars atop each other and literally swim through the history they represent.