As you explore Guam, you’ll notice symbols that are prevalent in art, design, and architecture around the island. Get to know these symbols of Chamorro culture that represent Guam history, identity, and island pride. 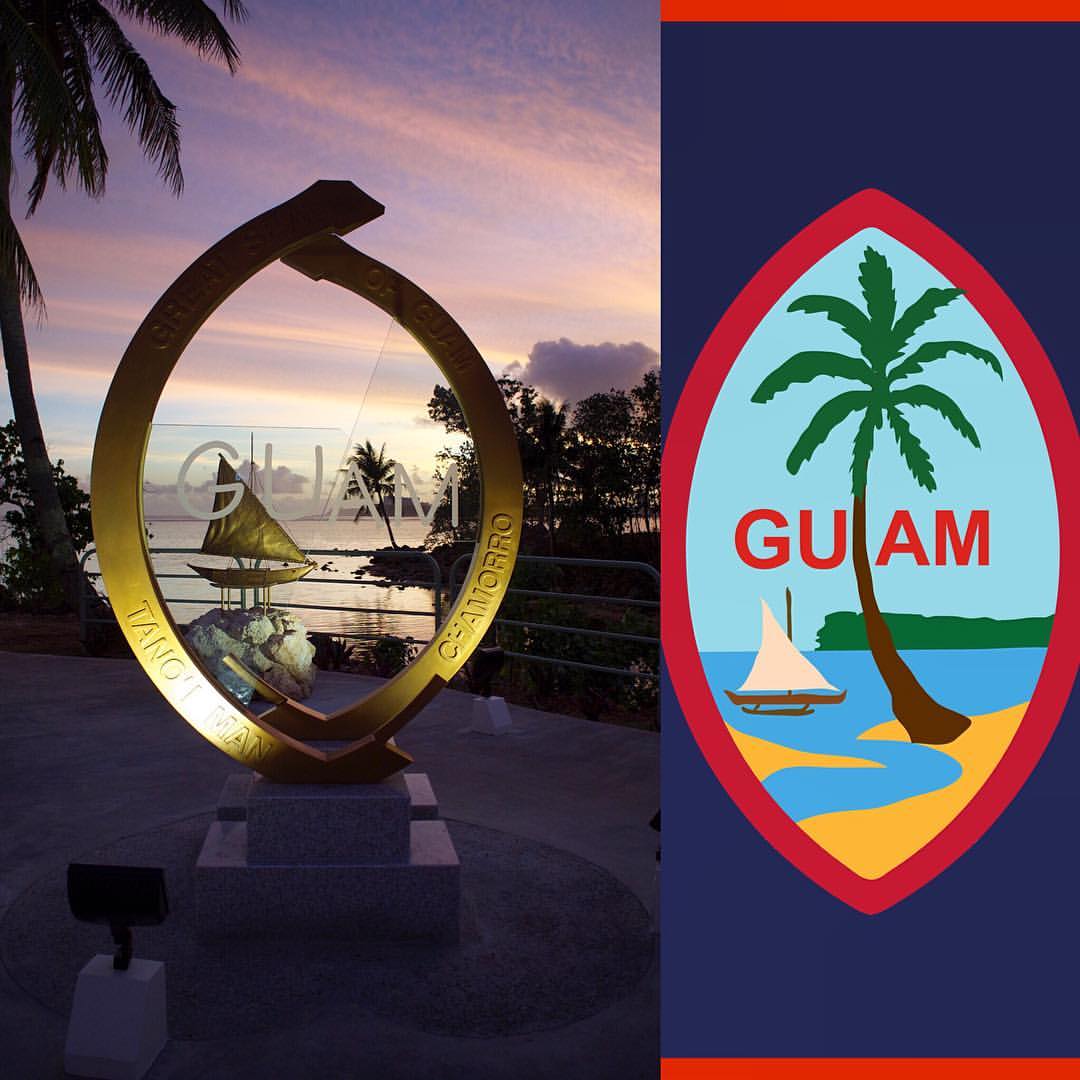 Before Guam had a flag of its own, the flag of Spain was raised over the island up until 1898, followed by the U.S. flag. On July 4, 1917, a scenic drawing by Helen Paul, the wife of an American Naval Officer stationed in Guam from 1917 to 1919, was approved and recorded in the “Plan of Guam Flag.” The Guam flag made its first appearance two days later on July 6, 1917, and was officially raised over the island a year later on July 4, 1918.

The oval centerpiece of the Guam flag is called the Guam Seal. Helen Paul made many sketches of Guam including one of a single coconut tree next a river with a flying proa in the ocean and the landmark cliff of Two Lovers Point in the distance. The oval outline of the Guam Seal represents the ancient Chamorro slingstone, a weapon skillfully wielded by the ancient Chamorros. Altogether, the cultural aspects of the Guam flag symbolize the strength and perseverance of the Chamorro people.

For a live view of the iconic Guam Seal, visit the monument that sits on the spot that is believed to have inspired the seal’s design. The monument is located at the northern entrance to Paseo de Susana Park and Stadium in the capital of Hagåtña, near the mouth of the Hagåtña river. 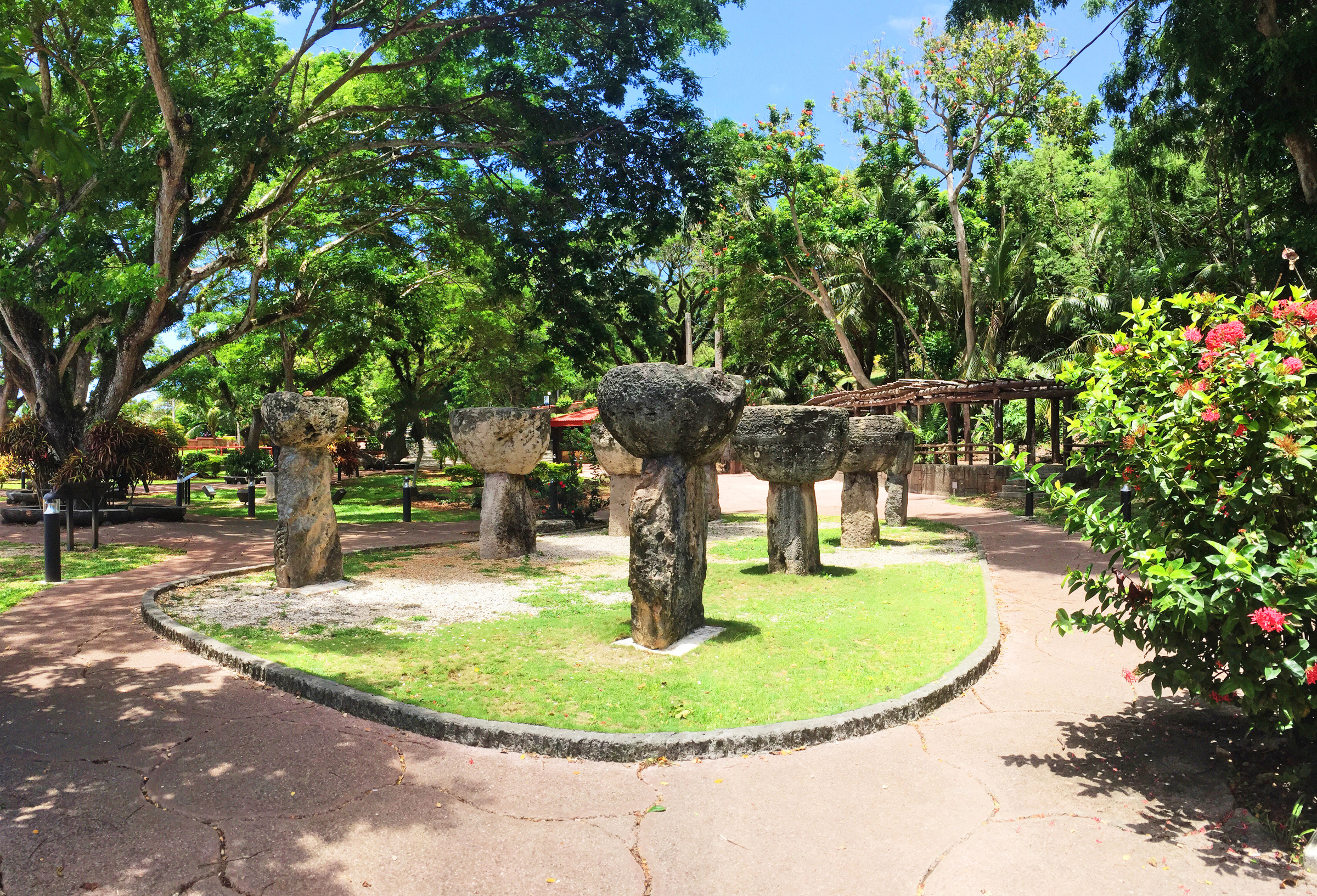 As old as the Mayan Pyramids, the latte were constructed by the Chamorros between 1200 BP to 300 BP (before present) and was in use up until around the time the Spanish colonized the Marianas in the 1600s. Arranged in parallel rows of six to 14 pairs, the ancient Chamorros used latte as a foundation for houses and other important buildings. Latte are prominent remnants of ancient Chamorro culture found in Guam, Saipan, Rota, and Tinian. No other culture is known to have used this particular form of stone architecture. Today, these ancient pillars are a symbol of Chamorro resilience and cultural pride.

One of the best places to see latte in Guam is at the Angel Santos Memorial Park in the capital village of Hagåtña. Visitors will find eight latte stones that were built and used by ancient Chamorros to support their wood and thatch homes. The park is one of the stops along the Walking Tour of Hagåtña. 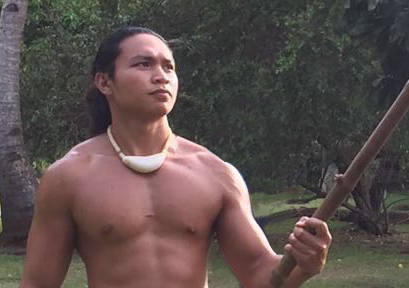 Carved from hima (giant clam) shells, it is common to see Chamorro men wearing pendants that are shaped like a crescent moon. This iconic symbol is known as the sinahi, which is the Chamorro word for “new moon.”

Throughout history, the moon has always held significance to the Chamorro people who have inhabited Guam and the Northern Mariana Islands for approximately 4,000 years. When French scientist Louis Claude de Freycinet visited Guam in 1819, he learned that before the Spanish colonized the Marianas, Chamorros used a lunar calendar. The Chamorro lunar calendar was made up of thirteen moons, or months.

Just as the ancient Chamorro seafarers relied on the moon and stars to navigate the seas, fishermen, hunters, and farmers were also guided by the moon. From new moon to full moon, each lunar phase was a schedule for what fish to catch, what seeds to plant, what animals to hunt, and other daily activities. Today, there are fishermen and farmers who still use the moon as their guide, and the Chamorro lunar calendar is celebrated every year at the annual Gupot Fanha'aniyan Pulan CHamoru (Chamorro Lunar Calendar Festival). 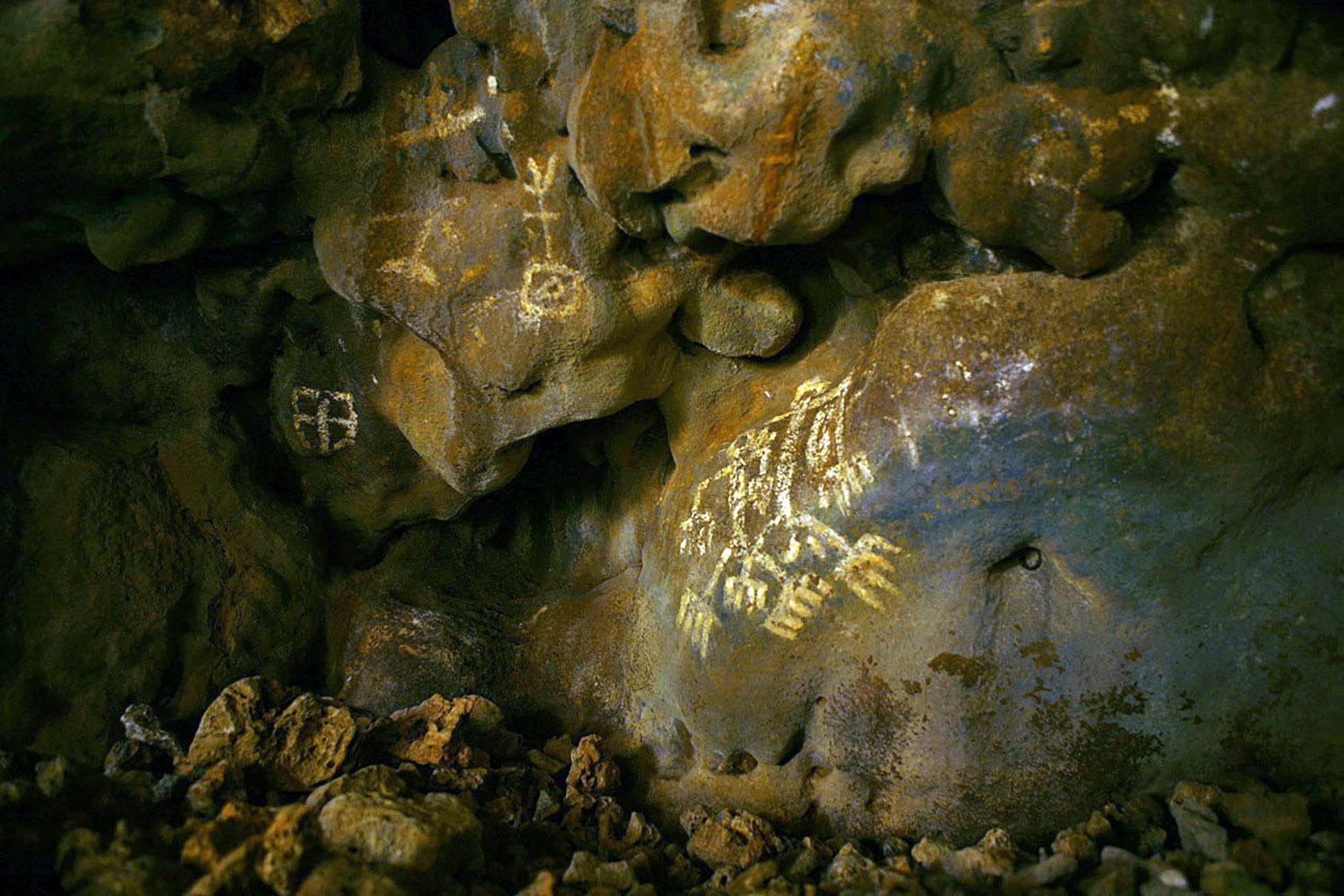 Tucked in the green southern hills of Guam, the coastal village of Inarajan was the home village of Chief Gadao and is the site of a legendary match of strength between Gadao and another chieftain, Chief Malaguana from the village of Tumon.

When a visitor challenged the widely held belief that Malaguana was Guam's strongest chieftain, Malaguana set out to challenge Gadao and prove his superiority. When Malaguana arrived in Inarajan, he met a man who appeared to be a simple farmer. Not knowing the farmer was actually Gadao, Malaguana explained his desire to defeat Gadaoin a match of strength. Keeping his identity a secret, Gadao offered the Tumon chief coconut juice, splitting a coconut with his bare hands. If an ordinary farmer could possess such extraordinary strength, Malaguana wondered how much stronger this farmer's chief might be. Malaguana decided to abandon his pursuit.

In an act of sympathy, Gadao offered his fellow chieftain a canoe ride back to Tumon. Each of the chiefs picked up paddles and set off, unaware that they were paddling opposite directions. Frustrated by their lack of progress, both chiefs paddled harder and harder until the canoe snapped in half. Today, a monument of Chief Gadao sitting in his half of a canoe rests on the shore of Inarajan Bay.

One of the best examples of Chamorro cave art can be found in what is known as Gadao’s Cave, also located in Inarajan. The cave contains about 50 pictographs, and the most well-known drawings depict two human figures side by side, one of which appears to be holding something under his arm.  It has been suggested that these figures are representative of the legendary Chief Gadao who challenged and outsmarted the northern Chief Malaguana in a test of strength. This particular pictograph is widely used in Guam art and design as a symbol of Chamorro culture and identity. Gadao’s Cave was added to the United States National Register of Historic Places in 1974.